2017, on the occasion of The Jewel Garland of Fifty Deities – A Collection of Essential Empowerments from the New Tantras H.H.Drikung Kyabgon Thinle Lhundup made the following announcement:

On the auspicious 800th anniversary of Lord Jigten Sumgon's entry into parinirvana, I would like to announce that

The Milarepa Retreat Center in Schneverdingen, Hamburg, Germany, will be the main seat of the Drikung Kagyu Lineage in Europe.

I pray that this Center will continually serve the Dharma and sponsor activities and programs for the Drikung Kagyue Lineage and for the world religions at large. May peace and harmony flourish around the world and may all sentient beings have peace and harmony as well.

The Hevajra / Nairatmya Project based on the Marpa Ngok Tradition 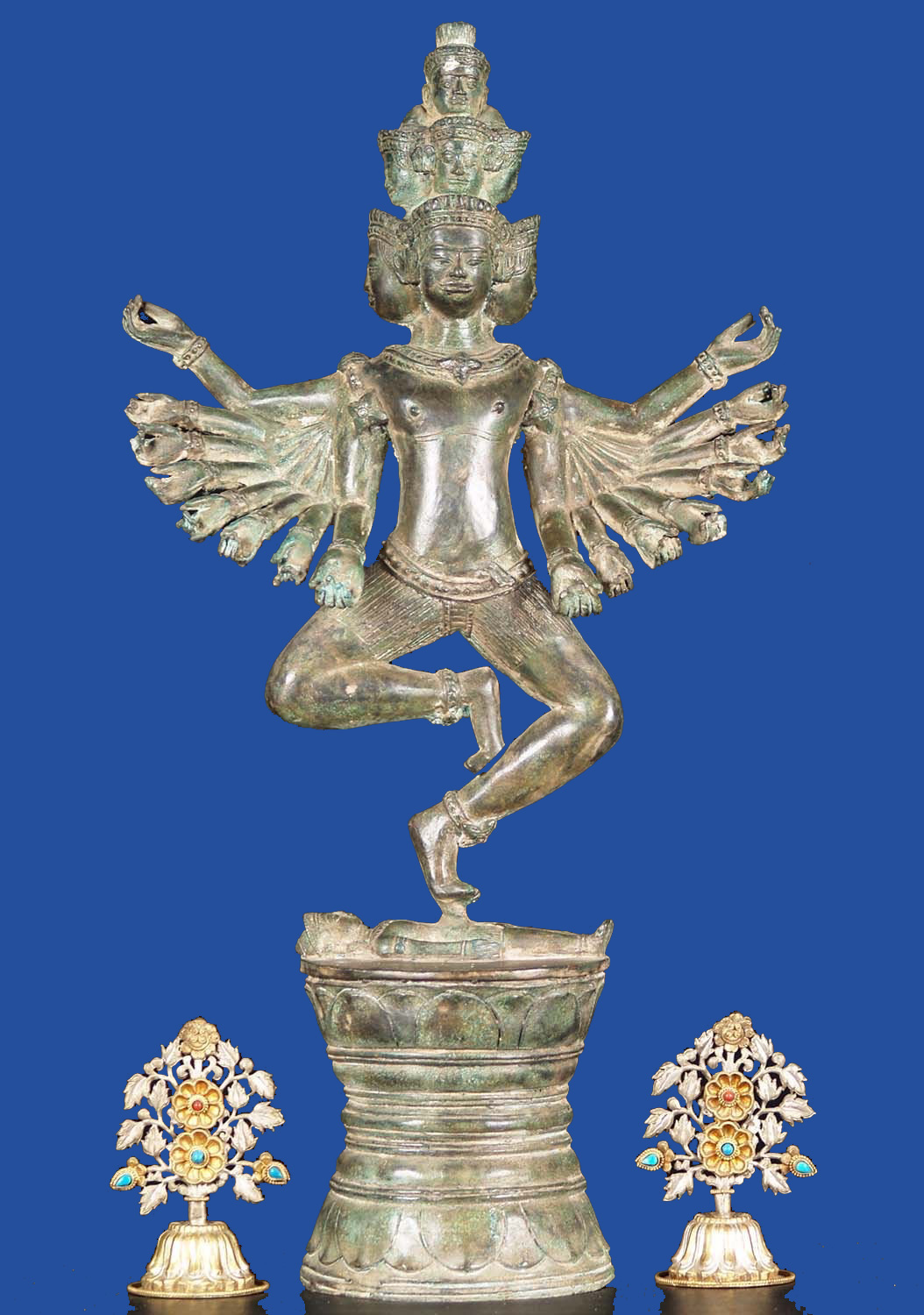 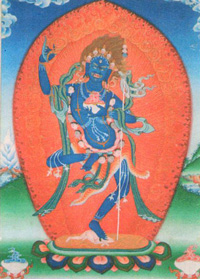 His Holiness has officially announced that the Milarepa Retreat Center in Germany is the place where the Hevajra Tradition will be revived and the teachings on the Mar-Ngok-Hevajra-Tantra will be a most prominent project.
Thus, he has set up a program according to which – starting 2021 - every year there will be a Hevajra- and Nairatmya- Drubchen from the Hevajra -Mandala.

Also, during his stay in summer 2022, His Holiness authorized Drubpon Rachel to lead long and short Hevajra and Nairatmya retreats.

Marpa travelled to India three times to receive initiations and teachings and to practice there. Most of Marpa's narrations go back to Naropa. Hevajra was Marpa's main yidam from the 13 mother tantras.
It is His Holiness' wish and vision,
on the one hand, to re-establish Marpa's place within the Kagyu tradition,
on the other hand, the transmission that Marpa passed on to his disciple Ngog Chöku Dorje - in particular the Hevajra Mandala with 9 deities and the Nairatmatya Mandala with 15 deities - is to be revived; This was in danger to get lost and extinct and shall now be preserved for future generations. For further information, please visit: www.mar-ngok.org

04.-11.05.2019
Nairatmya Drubchen and teachings on the first part of the Hevajra roottext. This part is called "Taknyi" and is based on Marpa’s commentary „ Bum-Chung Nyima“ ( First Part, First Chapter)

His Holiness was unable to travel due to the Covid 19 pandemic.

More than a hundred participants were very fortunate to receive a Hevajra empowerment and initial teachings on the Hevajratantra from His Holiness Drikung Kyabgon Tinley Lhundub on August 31st at the Milarepa Retreat Center in Germany. Early in the morning, H.H. all necessary preparations for the empowerment. After a mandala offering to H.H. he granted the empowerment originally conferred by Naropa to Marpa and then on to Milarepa, Gampopa and Phagmodrupa. From this the transmission of the Hevajratantra continued to the Taklung Kagyu lineage, which held it for hundreds of years.

After the empowerment, H.H. gave oral transmissions of the Sadhanas of Hevajra, Nairatmya and Düsolma. 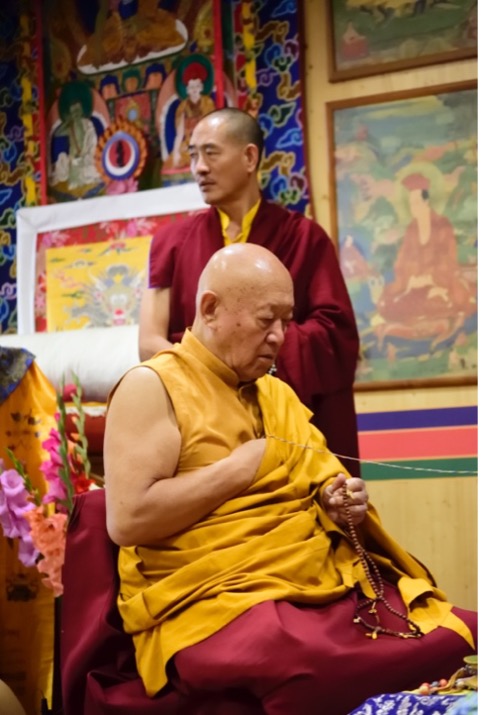 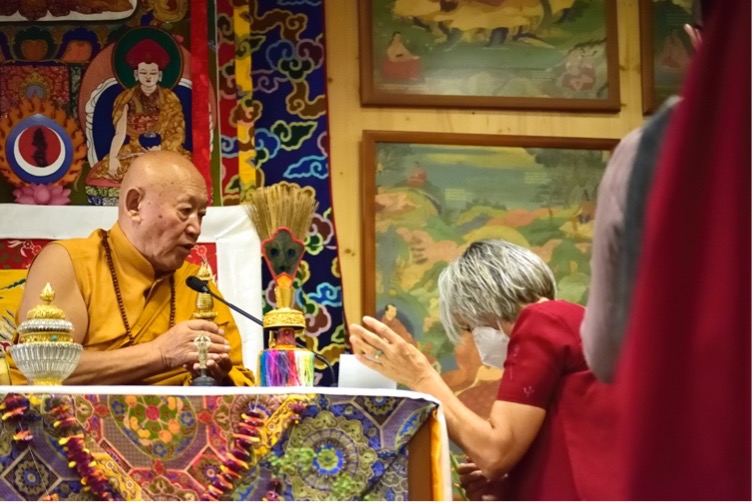 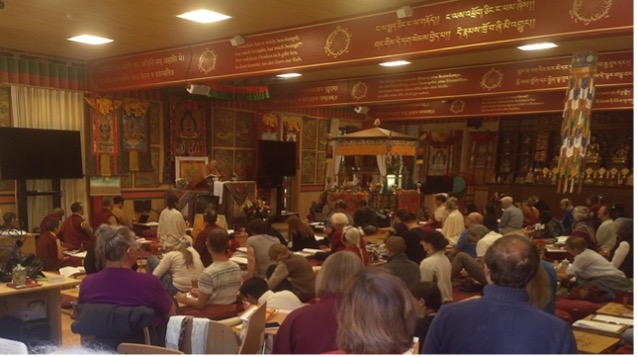 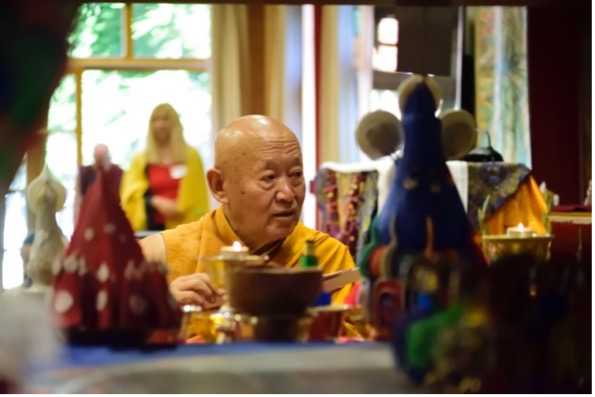 Conclusion of the Hevajratantra teachings

The ten-day teaching of H.H. Drikung Kyabgon Tinley Lhundup at the Milarepa Retreat Center (MRZ) in Germany. ended with an impressive Hevajra-Ganachakra and a common prayer for pacifying global conflicts. The participants were deeply moved by the intense and complex explanations of Hevajratantra given by H.H. after atheHevajra empowerment. In his closing words, he pointed out that it is now more and more the responsibility of the participants to maintain this line of transmission for future generations. Over the next three years, H.H. will lead and accompany further retreats in the MRZ, as well as give further teachings. After that, others must continue this path.

Also on behalf of the participants, the organizers thanked H.H. and were very pleased to hear that the next meeting here at the same location has been scheduled for July 2023. The Mar Ngok group had worked intensively for years to prepare the necessary texts in English translation, and others had also contributed with great dedication before and during the event.

While the teachings were translated from Tibetan into German and English, at His Holiness's request, as in previous retreats, the practice was conducted in English only, although the mantras were recited in Sanskrit. The translation of the necessary texts will therefore also be of great importance in the years to come. 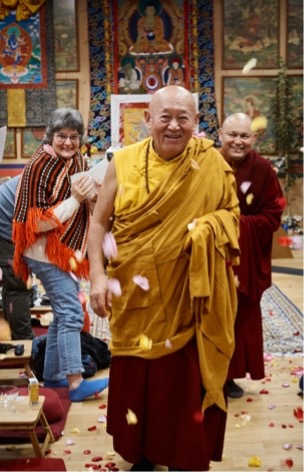 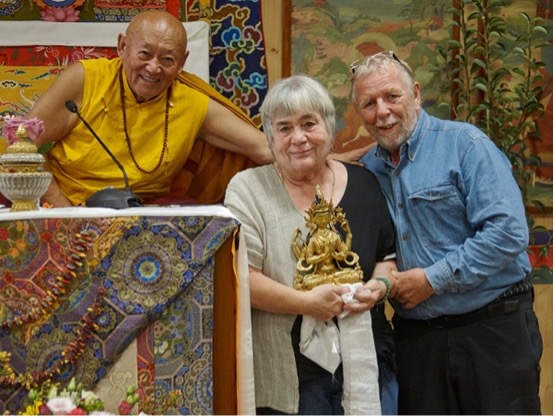 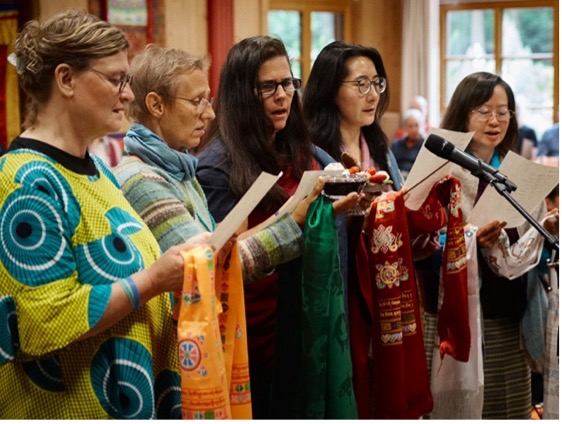 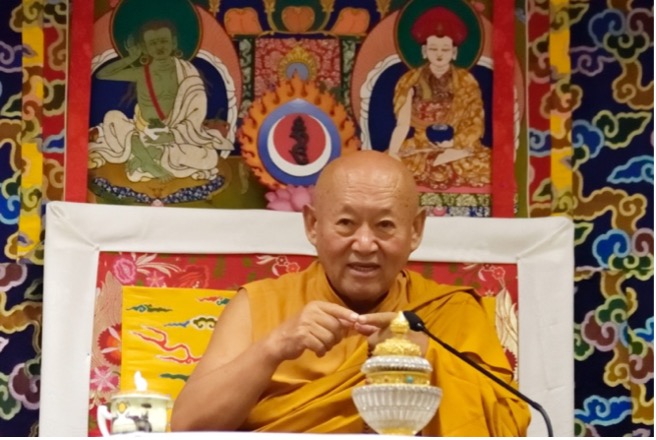 His Holiness officially declared that the Milarepa Retreat Center in Germany will be the location where the Drubchen and all Mar-Ngok Hevajra Tantra teachings will be practiced as a "Specialty" here. His Holiness has accordingly created a program in which each year there will be alternately a Hevajra and a Nairatmya Drubchen from the Hevajra Mandala.