The Significance of Retreat in the Drikung Kagyu Tradition

In general, in the Kagyu tradition of Tibetan Buddhism as compared to other lineages, there is a stronger emphasis on meditation practice. It is therefore considered and called a practice lineage. The Drikung Kagyu Lineage in particular focuses strongly on practice. At the main Drikung Kagyu Seat of Drikung Densa Thil in Tibet, since its founding in 1179, there was and still exists a retreat center divided in a western and an eastern section.

Many Mahasiddhas (great accomplished masters) have emerged from this retreat center, among them Nongar Chösum, Guya Gangpa, Yakru Paldrak, Dorzin Gowoche, Rinchen Drakpa, Dudul Phurpa and so forth. For more than 800 years this tradition confirms the continuity of the practice lineage. Recently, in the 20th Century, there were in Drikung Thil the well known Mahasiddhas Agon Rinpoche and Pachung Rinpoche.

Since 1979, a strong effort was undertaken in the Drikung Kagyu Tradition to re-establish and continue this practice tradition. Many retreat centers in various Drikung Kagyu Monasteries in Tibet, Nepal, and Ladakh have been renovated or newly constructed, as well as in India at Jangchubling Monastery in Dehradun and in Almora. In order to keep alive this precious tradition of retreat in our practice lineage also outside of Tibet, we have started to build in the western world major retreat centers which represent the holy places of Mount Kailash, Lapchi, and Tsari.

In general the Dharma is interdependent, and in particular Kyobpa Jigten Sumgön said: “The Drikungpa are empowered with the law of interdependent origination.” Therefore we associated the names of the three holy retreat places Kailash, Lapchi and Tsari with three main retreat centers in the West, so that the practitioner will receive the blessing power and meet success without obstacles.

I sincerely hope and pray that this practice tradition may be well rooted at the various retreat centers, bear the fruits of enlightenment, and benefit many sentient beings.

The Importance of a Three-Years-Retreat

Regarding this human body which is suitable to attain liberation it has to be emphasized that having attained a human body is an extraordinary precious opportunity. However, not only does it not remain for a long period of time, but one could also die every single moment, as the life-span isn't definite. After death, without becoming non-existent, the consciousness goes after its karma and is going to depend on a body with or without a form, whatever is appropriate. As within the samsaric realm undesired [conditions] are extremely long-lasting, [beings] are exclusively facing suffering. When it comes to liberating methods, the sole wish not to face suffering does not benefit - it is the authentic practice of the sublime Dharma through which stable unchanging happiness is being achieved. Therefore make sure to carry out the retreat practice without wasting the precious opportunity by worldly affairs of large talking but petty meaning. Carrying out this is of great importance.

Now, what is being practiced there? It is the innermost essence of all the sutra, tantras and commentaries, the oral instructions based on experiences and realisations in an unbroken continuum from Vajradhara up to the present day, the heart essence of the teachings of the former Kagyü masters, in particular those of the glorious Phagmodrupa, Jigten Sumgon and their spiritual heirs.

If the opportunity to carry out the practice of the short path through which buddhahood can be obtained within one life-time, the five-fold Mahamudra path along with the profound path of the six Dharmas of Naropa which include all key points of the path arises for fortunate disciples, these are rare circumstances.

As it does not benefit to practice these only now and then for a few sessions during a short period of time, in Tibet there is the tradition called "three years and three months", and as in other Eastern and Western countries the opportunities [for long-term-retreats] are created to whatever extent possible, it is a great auspicious sign if one can enter into retreat.

The Three-Years-Retreat in the Drikung Kagyu Tradition

The reality of samsara, from beginningless time until the endless future, is that it is comprised of obvious suffering or the conditions for suffering about to come. All the sentient beings within this cycle naturally have the innate desire for peace and happiness, as well as the desire to be free from suffering. All the buddhas of the three times initially realized this, renounced all the causes of suffering, and then cultivated bodhicitta and perfected it through the meditation practice and achieved enlightenment. Dharma teachings imparted by the Buddha all concern this subject.

Over the centuries, many great followers studied and practiced the path he taught. Many of them are now free from samsara and have even achieved enlightenment. Milarepa is a vivid example of someone who successfully achieved enlightenment in a single lifetime. He revealed holy places like Mt. Kailash and Lapchi Snow Mountain for the benefit of future followers of this precious Dharma. One of Gampopa’s disciples opened Tsari Mountain as a retreat place. Any Dharma practitioner who understands the faults of samsara and the benefits of nirvana is sure to devote their entire life in retreat in such a place. There, they can achieve meditative absorption, kindle the light of wisdom, and uproot the causes of suffering. When confusion dawns into wisdom, their suffering will no longer exist.

To encourage others to follow this great path, Lord Jigten Sumgön sent his disciples to practice meditation in retreat at Mt. Kailash, Lapchi, Tsari, and other holy places. They understood that enlightenment will not come from outside, but rather it is the mind within that must awaken. So many great retreat practitioners spent their life in these holy places and passed down the lineage.

His Holiness Drikung Kyabgon Thinley Lhundup designated the Schneverdingen retreat place as representing Mt. Kailash in the West. So, I encourage everyone to participate in this project and support it. Especially, engage in retreat there—not just for three years, but for many years. Any individual who experiences the enlightened qualities will bring great benefit to themselves and to society at large, and become a source of wisdom, peace, and harmony. 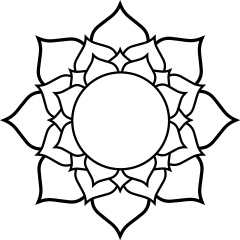